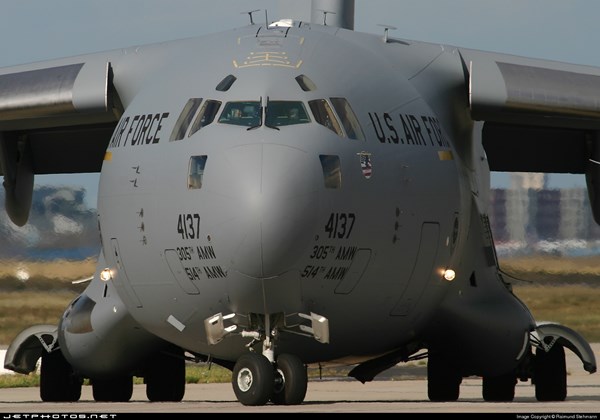 In the last week, several heavy transport aircraft of the U.S. Air Force arrived in Ukraine. The first landed in Lviv on March 29. This aircraft flew from an airbase in Spain, which is used for the delivery of military cargoes to the Middle East and Africa.

On April 4, another heavy military transport aircraft of the U.S. Air Force, C-17A Globemaster, with an unknown cargo landed in Lviv, Ukraine.

Ukrainian blogger Oleg Sharp writes on his Telegram channel that three heavy transport aircraft of the U.S. Air Force arrived in Ukraine in the last two days. One of them flew from the United States, two from American bases in Europe.

"What was on board is more important than all the previous shipments of Javelins. That's how the job is done, without unnecessary noise and dust. God bless America and Ukraine," the blogger writes.

There has been no official information about the delivery of military cargo and the number of planes arriving in Ukraine.

On April 2, the U.S. Air Force military transport aircraft Lockheed Martin C-130J took off from Ramstein Air Base in Germany and landed in Kyiv.

In mid-March, Russian media sounded alarm over five planes from Qatar arriving in Kyiv. Russian media reported that Turkey, with the help of its allies, had brought "something serious" to Ukraine.