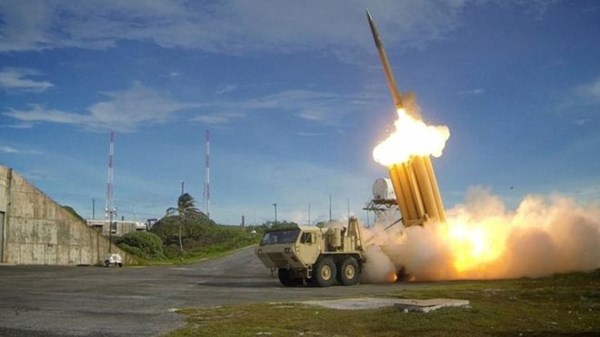 The animated video clips of missiles destroying the US, which Russian President Vladimir Putin presented in an address to the Federal Assembly, have been noted by the Pentagon.

As Reuters reports, the US has begun negotiations with Germany concerning the placement of US anti-missile defense systems in the European country.

A THAAD system may be installed at the Ramstein Air Base, where the command of the US Air Forces in Europe and the joint NATO Air Force Command are based, an official in the Trump administration said.

The preliminary results of the negotiations are such that “Germany will most likely not object to the placement of a THAAD”, the American official said, adding that “this will be another political message to Europeans” that Washington “takes the protection of allies seriously”.

According to another source, the German government is open to the idea of deploying anti-missile defense in order to reinforce the protection of the civilian population.

Under the existing agreements concerning US forces based in Europe, Washington does not need permission to install anti-missile systems. Nevertheless, the US has decided to solicit Berlin’s support, and will notify Germany before taking any action, the sources claim.

These are exactly the kinds of missiles which Washington believes Russia is producing, thereby violating the treaty made between Mikhail Gorbachev and Ronald Reagan in 1987.

NATO calls them SSC-8, in Russia they are called 9M729, explained Michael Kofman, research scientist at the Kennan Institute of the Woodrow Wilson Center.

Russia has also accused the US of violating the treaty. One of the claims concerns the launchers of the anti-missile defense systems, which the Russian military believes could be used not only for anti-missiles, but also for offensive purposes.

The US’s anti-missile defense systems pose a threat to the capabilities of Russia’s nuclear forces: the entirety of Russia is already under the control of the stationary radar systems, and all possible flight trajectories for Russian ballistic missiles directed at the US are covered, Russian Defense Ministry representative Alexander Emelyanov said during a press briefing on anti-missile defense at the UN headquarters in October last year.

According to Emelyanov, by 2022 the number of US anti-missile defense systems will reach the thousands, and in future it will exceed the number of warheads on Russia’s intercontinental ballistic missiles.

Essentially the US has taken the path to a possible nuclear strike “with minimum expenses”, Emelyanov believes: “The presence of global anti-missile defense systems lowers the threshold for the use of nuclear weapons, since it creates the illusion of the impunity of sudden use of strategic offensive weapons under the umbrella of anti-missile defense”.