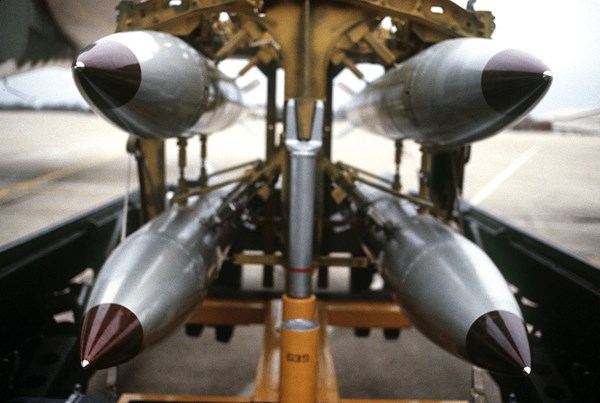 The U.S. has upgraded its nuclear weapons stationed in Germany, German magazine Der Spiegel reported on Saturday, April 11. According to Der Spiegel, the secret operation to modernize the weapons took place in the autumn of 2019. As part of it, about 20 B61-type thermonuclear bombs were moved to the United States from the Buechel Air Base in western Germany. Two days later, after the software update the weapons were returned.

Washington informed Berlin about the operation only shortly before it took place, the statement said. The Bundeswehr was on standby to assist in the event of transportation problems. The U.S. Department of Defense declined to disclose details of the operation, saying only that strict safety standards are always observed when transporting U.S. atomic weapons.

During the Cold War, the United States deployed a significant number of nuclear warheads in Western Europe. After 1991, most of them were removed, but about 150 bombs still remain on the continent and are stored in various countries, including Italy, Belgium, the Netherlands, Germany and Turkey.

The German Tactical Air Force Wing 33 is based in Buechel. If necessary, German Tornado aircraft would be able to deliver American bombs to the intended targets. This nuclear-sharing strategy is part of NATO's program, which includes Germany and the United States.

Officially, neither Washington nor Berlin confirm the presence of American nuclear weapons on German territory.