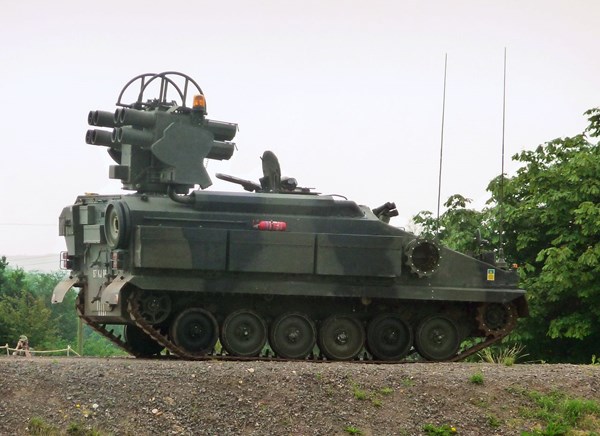 Wallace told the House of Commons the Stormers would offer improved "short-range anti-air capabilities both day and night".

The anti-aircraft missiles can be used to target fixed-wing aircraft and helicopters.

He added the Starstreak missiles had already been deployed to Ukraine and have been used in the country for the last three weeks.

“I can now announce to the House that we will be gifting a small number of armored vehicles fitted with launchers for those anti-air missiles,” he said.

During his address, Wallace said Russia had lost at least 530 tanks, 530 armored personnel carriers, 560 infantry fighting vehicles and over 60 aircraft during its invasion of Ukraine.

“It’s our assessment that approximately 15,000 Russian personnel have been killed during their offensive,” Wallace added.

During a visit to the Hague on Sunday, Wallace said all countries could do more to provide support to Ukraine.

"The Ukrainians need, first and foremost, they need long-range artillery and artillery shells,” Wallace stated. “They use currently Russian Soviet stocks and the calibers are different from what the West holds, so not only are we trying to help them source those calibers so that they can immediately be used, but at the same time helping them explore developing new capabilities with what would be called NATO calibers so that if they choose to shift to that we can all help them with supply.”