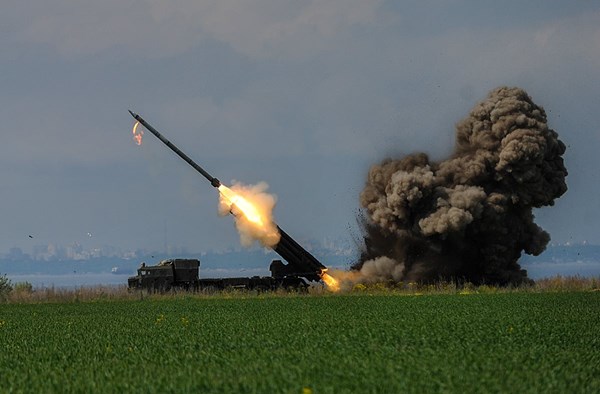 Ukraine plans to begin testing the new Vilha (Alder) missile system in March and launch the industrial production of this cruise missile in late 2018 - early 2019, as stated by the Secretary of the National Security and Defense Council (NSDC), Oleksandr Turchynov, channel 112 Ukraine reports.

“I hope that at the end of the year or early next year we will conduct tests and it [the cruise missile] will be received by the Army,” Turchynov said. According to him, there is already “a huge demand for this missile abroad.”

Ukrainian President Petro Poroshenko reported the successful tests of the Vilha missile system on his Twitter page in late December 2017. According to him, four missiles launched from Vilha hit the target.

A month later, the NSDC announced the first flight tests of a cruise missile developed by the Kyiv design bureau Luch as part of the national missile program. The first Ukrainian cruise missile is capable of “accurately hitting ground and sea targets” as the NSDC website said. “Kyiv also intends to develop sea and air based cruise missile systems,” Turchynov said earlier.

Turchynov stated on Friday, “As for the Vilha, it is unique. We already expect state tests in March and the start of industrial production thereafter.”

The Chief of the General Staff of the Ukrainian Armed Forces, General Viktor Muzhenko, after the meeting of the Ukraine-NATO Military Committee in Brussels on January 17, said that Kyiv was preparing for the shipment of the Javelin anti-tank missile systems from the United States.

The US Special Representative for Ukraine, Kurt Volker later explained that the US approved the supply of these systems to Ukraine after "Russia's refusal to take measures to end the conflict in the Donbas." He also pointed out that this is a purely defensive weapon and emphasized, "Javelin missile systems are not intended for use on the conflict line [in Donbas]."