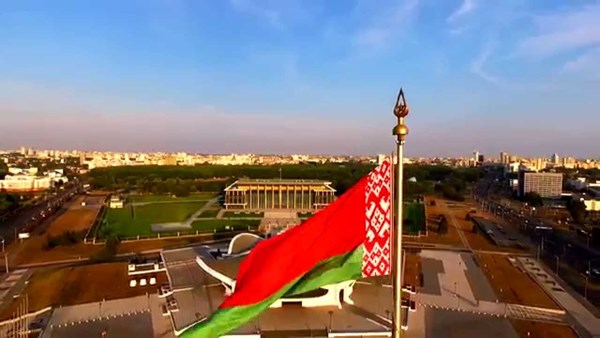 Russian special services are preparing false flag attacks on the critical infrastructure facilities of Belarus in order to blame Ukraine for them and draw Belarus into the war, said the General Staff of the Ukrainian Armed Forces.

According to the Ukrainian military command, the attacks are possible at Astravec nuclear power plant.

"Today, Russia blackmails the whole world with the threat of using nuclear facilities and technologies, seizes power plants. The leadership of the Russian Federation does not care about the lives of Russian citizens, especially the lives of Belarusians and Ukrainians. Their methods are not new – terror, intimidation, operations under someone else's banner. All this is used for one purpose - to draw Belarus into the war with Ukraine by any means - to divide our peoples with blood and hatred," the Ukrainian military stressed.

The Ukrainian Armed Forces noted that Belarus does not need a Russian war of conquest and the future of the country in the hands of its people.

"Demand from your leadership strict observance of Art. 18 of the Constitution, according to which Belarus does not allow aggression from its territory against other states. Your government has already partially violated the Constitution, allowing the military aggression of the Russian Federation against Ukraine using your territory, infrastructure, and resources. Do not let them drag you into the war even more," the General Staff of the Ukrainian Armed Forces said.

Belarusians were advised to monitor suspicious actions, suspicious persons, vehicles located near critical infrastructure facilities and report such facts to law enforcement agencies. If they don't respond, "inform the world community in every way possible."

"Ukraine, despite the shelling and offensives of the Russian occupation army from the territory of Belarus, does not consider your country, especially your people, an enemy. We have not responded to any manifestation of armed aggression from your territory. Moreover, we do not plan and are not going to carry out any aggressive actions on the territory of Belarus," the military said.