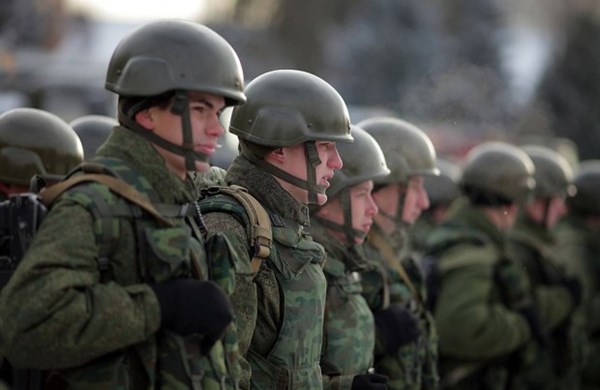 Over the course of two years, Ukrainian volunteers have exploited a vulnerability in the Russian Defense Ministry’s website to collect classified information on the salaries paid to Russian soldiers who are fighting in Ukraine and in Syria, as reported on Facebook by Sean Brian Townsend, a spokesperson for the Ukrainian Cyber Alliance.

According to him, the Russian news outlet Fontanka.ru found a hole in the Russian Defense Ministry’s website, which Ukrainian volunteers had been using to collect confidential information.

As evidence for this, Townsend cited a publication by the international intelligence community InformNapalm which contains a screenshot of the salary statements of a sailor in the 99th tactical group of Russia’s Northern Fleet (unit No. 74777), Yuriy Popov.

The article, which is titled “Hacktivists uncover sailor from Russia’s Northern Fleet who is fighting in the Donbas” and was published as early as September 10, 2016, shows both the soldier’s private number, EH-616099 and his personnel number according to the financial unit: 1973598.

For a long time the Russian Defense Ministry did not notice the leak of documentation. After a publication by Fontanka which exposed the leak, the ministry accused the reporter of being “unethical”, and made threats of legal consequences.

“In pursuit of citations, the editorial board of Fontanka has crossed the limits of what is acceptable, including the elementary concepts of decency and the ethics of journalist activity… We are certain that the law enforcement organs will give their assessment of what has taken place, in accordance with Russian legislation,” the Defense Ministry posted on Facebook.

The volunteers, in turn, remarked that such a response from the Defense Ministry is official confirmation that the information found on the website is accurate, and thus the salary statements of soldiers marked as being located in the Donbas are evidence of Russia directly funding aggression.

Last year the Conflict Intelligence Team (CIT), a group of independent researchers, analyzed one of the Russian Defense Ministry’s tenders, and reached the conclusion that 218 Russian soldiers were killed in 2014, and 654 were injured. The CIT suggests that these losses can be explained as the result of Russian soldiers being involved in combat in south-eastern Ukraine.

The international expert journalist group Bellingcat, which is also investigating the conflict in the Donbas, claims that roughly 10,000 Russian soldiers have been involved in combat in the Donbas.

The Russian Defense Ministry has repeatedly denied that any active soldiers of the Russian Army are involved in the Ukrainian conflict. Russian politicians, including President Vladimir Putin, have spoken about “volunteers” from Russia who fight to heed the “call of their hearts”. However, Moscow has repeatedly been caught out lying, since Russian soldiers captured or killed in the Donbas have had documents proving that they were still on active military service in Russian Army.