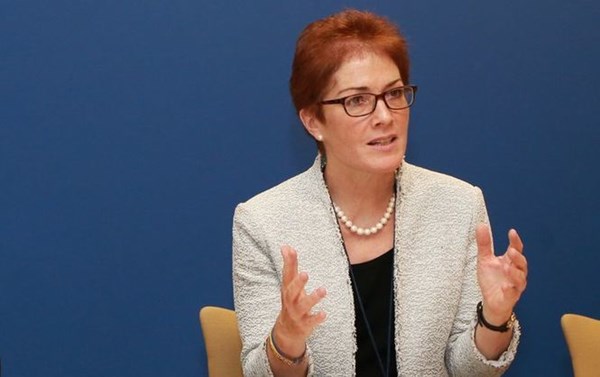 US Ambassador to Ukraine Marie Yovanovitch believes that an audit of the Ukrainian state defense industry concern Ukroboronprom will assist the fight against corruption in the national security sector.

According to her, the decision to perform the audit needs to be made by the Cabinet of Ministers, RBC-Ukraine reports.

“The Ukrainian government should also audit Ukroboronprom and declassify the orders. This will help the fight against corruption in the national security and defense sector… It will help to make this system more transparent. In this way, both the medicine and the weapons will end up in the hands of Ukrainian soldiers,” Yovanovitch remarked.

The National Anti-corruption Bureau of Ukraine has initiated a criminal case based on the results of an investigation by Bihus.info into embezzlement in the defense industry.

The third part of the investigation by the program Nashi Groshi (“Our Money”) was released on Monday. The program concluded that current Ukroboronprom Director Pavlo Bukin and former First Deputy NSDC Secretary Oleh Hladkovskiy had embezzled millions from an international contract.

On 25 February 2019 an investigation was published on how Ukrainian state defense factories had purchased military equipment components from Russia. The parts were smuggled into the country, they were not checked for quality, and occasionally, ordinary scrap metal ended up in Ukraine. The smuggled goods were then made to appear legitimate through companies controlled by persons with a close connection to Ukroboronprom, and profits were split between scheme participants.

The investigation was based on correspondence leaked to the program’s editorial staff by an anonymous source in 2018. The documents included names and dates, as well as bribe and kickback amounts.

Ihor Hladkovskiy, one of the suspects in the case, called it a fake, but his father Oleh was nevertheless fired from his position as First Deputy NSDC Secretary. Ukroboronprom also dismissed Oleksiy Babych, director of the Kharkiv Morozov Machine Building Design Bureau, and Serhiy Filonenko, director of the Izyum State Instrument-Making Plant.