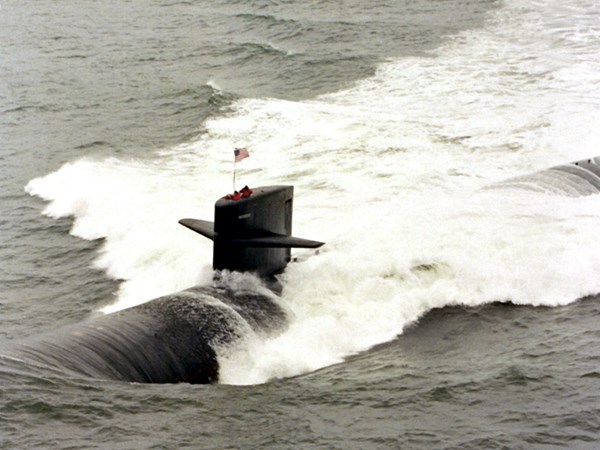 In the published vessel tracking data, one can see that the cruise missile-bearing nuclear submarine rounded Europa Point and headed towards the Eastern Mediterranean.

The US already has two of its nuclear submarines in the Mediterranean, both equipped with Tomahawks cruise missiles.

On August 30, Russian Foreign Ministry spokesperson Maria Zakharova said that Washington and its allies could increase their missile capabilities for a strike within 24 hours.

According to her, the strike group of the US-UK-France coalition includes strategic and tactical aircraft deployed at bases in Jordan, Kuwait and Crete. It includes around 70 carriers of roughly 380 air-based cruise missiles, as well as the two US destroyers Carney and Ross, which are also equipped with Tomahawks.

The group could also be reinforced with the two US destroyers Donald Cook and Porter, which are currently docked at the Port of Rota, Spain. The USS Jason Dunham could enter the Red Sea, and the USS The Sullivans missile destroyer could come within range of attack in the Persian Gulf.

On August 27, official Russian Defense Ministry spokesperson Igor Konashenkov said that the US is increasing its number of cruise missile carriers in the Middle Eastern region in preparation for a strike against Syria. According to Konashenkov, this is connected to the preparation of “provocation with chemical weapons” in Syria’s Idlib Governorate.

The Pentagon dismissed the statement as “nothing other than propaganda”. “But that doesn’t mean that we are not ready to carry out the president’s orders and to act,” said US Defense Spokesman Eric Pahon.