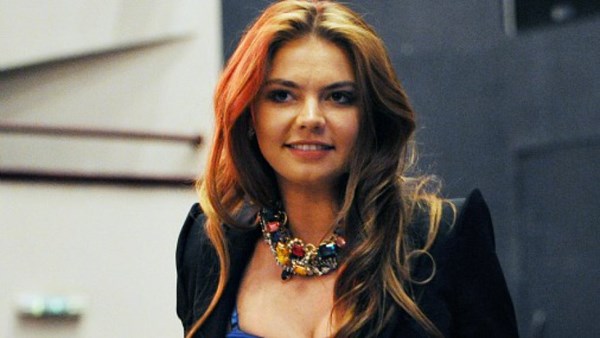 The value of the property owned by the family of Alina Kabaeva, chairwoman of the board of directors at the National Media Group and a former gymnast, described by the mass media as “Putin’s wife”, has reached 1.25 billion rubles (around $20 million), Open Media reports, citing its own investigation.

The news outlet discovered that Kabaeva and her relatives are the registered owners of six apartments, two houses and 7000 m2 of land in four regions. In July 2018, the former athlete became the registered owner of a piece of land along the Rublevo-Uspenskoye highway. According to the Russian land registry, she owns 2,500 m2 in the Uspenskoye holiday home village, adjacent to a 4,500 m2 plot which has belonged to her grandmother Anna Zatsepelina since 2013.

The approximate market value of all their holdings at Uspenskoye is $10.2 million. In her most recently published declaration, Kabaeva reported $170,000 in earnings for 2013. In 2011, she reported that she had $1.94 million in savings.

In 2010, the gymnast’s mother, Lyubov Kabaeva, took out a 49 year lease on a piece of land in the city of Esto-Sadok in Sochi’s Adlersky district. Her neighbors include Gazprom directors and a full namesake of Roman Zolotov, the son of Viktor Zolotov, chief of the Russian National Guard. In addition, Kabaeva’s grandmother and her sisters own several apartments in Moscow and St. Petersburg worth a total of roughly $11.57 million that were purchased from people in Putin’s close circle – Gennady Timchenko and Grigory Baevsky.

Kabaeva and her relatives thus hold property with a market value in excess of 1 billion rubles ($15.64 million). The news outlet highlights the fact that in most cases the property is within gated communities, and was previously owned by persons with links to Gazprom.

In 2008, the Moskovsky Korrespondent wrote that Kabaeva was President Vladimir Putin’s girlfriend. Immediately after publishing the article, the newspaper suspended its operations and was subsequently shut down. Over ten years, Putin and Kabaeva are believed to have produced three children. Neither one of them has confirmed this in any way.

In the middle of May this year, the media reported that Kabaeva had given birth to two boys at the Kulakov Obstetrics and Gynecology Center in Moscow.