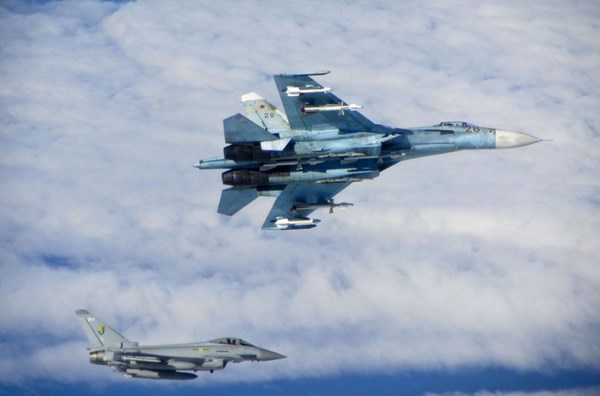 Hungarian Gripen fighters deployed at the Siauliai airfield in Lithuania on May 14, for the second time in the last 24 hours, were scrambled over the Baltic Sea to intercept Russian aicraft as reported by the Hungarian Ministry of Defense. According to the report, British Eurofighter Typhoon aircraft from the Estonia's Amari Air Base flew to their aid, reports Radio Liberty.

According to the information of the Hungarian Ministry of Defense, these fighters flew to intercept Russian military aircraft Il-22 and Su-27 which were carrying out flight maneuvers in international airspace over the Baltic Sea without having established any radio contact with the air traffic control services of the Baltic countries.

The Hungarian and British fighters patrolling this air sector at an altitude of 8,600 meters carried out a maneuver to intercept the Russian military aircraft and returned to their air bases in Lithuania and Estonia.

Russia has not confirmed or denied what happened in the air.

On May 13, for the first time, Hungarian fighters from the Joint NATO Air Defense Center in Germany were scrambled to intercept Russian An-26 aircraft violating Baltic airspace.

About one hundred Hungarian soldiers including a flight unit of four Gripen JAS-39 type fighters, on May 1, for the second time since 2015, are carrying out a 4-month patrol to protect Lithuanian, Latvian and Estonian airspace. The Hungarian military works in shifts to strengthen the Air Defense units of Spain and the United Kingdom operating under the NATO command from an airfield in the Lithuanian city of Siauliai.