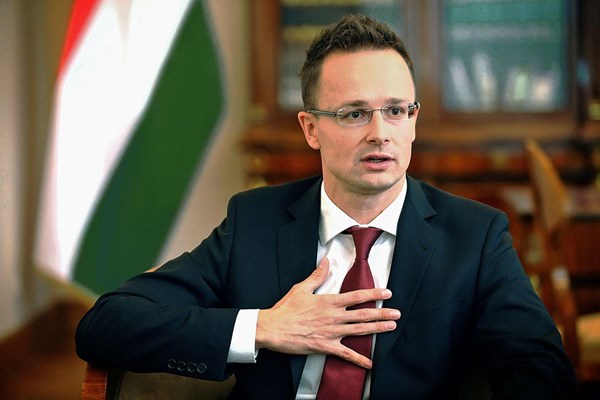 Hungarian Foreign Minister Péter Szijjártó believes that Hungary’s relations with Ukraine have deteriorated so drastically due to Ukraine’s law on education.

“Relations with Ukraine have deteriorated significantly, since nothing has been done to amend the law on education and the new law on language, which deprives members of national minorities of the right to use their native language in culture, media, administration and education,” said Szijjártó in Brussels.

According to him, a country aspiring to join NATO “does not have the right to act in such a way towards the Hungarians living in Ukraine”.

Szijjártó recently met with NATO Secretary General Jens Stoltenberg and told him that the Ukrainian parliament’s website was collecting signatures on a petition to deport the Hungarians in Zakarpattia.

“It is clear that under such conditions we cannot approve the holding of a NATO – Ukraine Council session at the next meeting of the foreign ministers,” he remarked.

Hungary not only maintains its presence in NATO missions, but is also prepared to expand on its role, Szijjártó asserted.

This is the second year of conflict between Ukraine and Hungary due to the Hungarian minority in Zakarpattia. One year ago, Budapest was outraged by Ukraine’s law on education, which it sees as violating the rights of Zakarpattian Hungarians. In connection with this, the Hungarian Foreign Ministry began to block Ukraine’s participation in NATO events. In June, Hungary unblocked Ukraine’s involvement in a NATO summit, and Ukraine promised to revise the law’s language article.

In September 2018, relations deteriorated even further when a video appeared online showing Zakarpattia residents being issued Hungarian passports and being asked to keep them secret. Szijjártó claimed that the activities shown in the video are completely legal and in line with international norms.

The Ukrainian website Myrotvorets later published a list of 313 Zakarpattians in possession of Hungarian passports who are civil servants or local government officials. Szijjártó himself ended up in the website’s database.