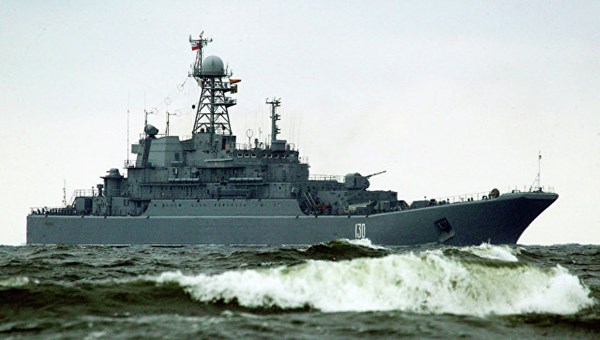 A large landing ship of the Baltic Fleet, Korolev, arrived at Sevastopol as part of the operation to reduce the Russian military contingent in Syria; the ship will be unloaded and repaired, according to a source in Russian military, RIA Novosti reported.

Earlier, it was reported that according to the decision of the Russian Defense Minister, Sergey Shoygu, the Russian military contingent in Syria will be reduced. Following the Minister’s decision, the ships, which are a part of the grouping in the Mediterranean, began to return to their permanent bases.

A source in the Russian military told RIA Novosti that it is necessary to carry out maintenance work on the ships that are returning from the Mediterranean Sea.

"All ships returning from the coasts of Syria will be duly inspected and repaired as necessary. Also, their crews will be allowed to rest," the interlocutor of the agency said.