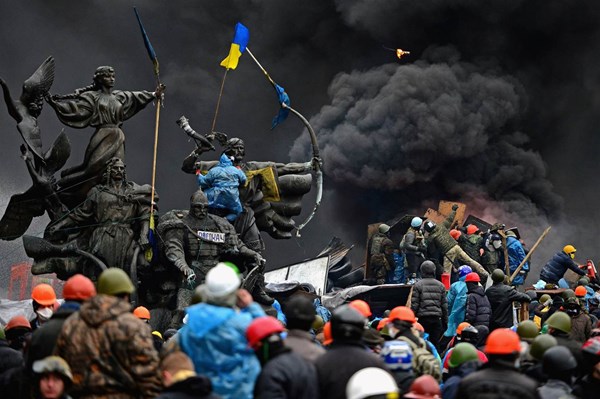 The management of the private French channel, Canal +, refuses to engage in any public discussion regarding the Paul Moreira propaganda film, “Ukraine, Masks of the Revolution.”

"The management has no intention of engaging in an open dialogue concerning discussion of the scandalous and misleading anti-Ukrainian film,” representatives stated.

The original broadcast occurred on the 1st of February, with the channel planning to repeat it the next day.

The film documents the events which occurred in Independence Square in Kiev during February 2014.  The Embassy of Ukraine noted that the film “delivers a misleading impression of the situation in Ukraine.”  The film makers’ interpretation of events is “sweet music for conspiracy theorists and pro-Russian propagandists."

“Even before it was broadcast, representatives of the Embassy of Ukraine in France and the Ukrainian Diaspora discussed an opportunity of conducting discussions on the air with Paul Moreira and French film experts.  At the moment, our calls are not being answered,” said a source in France who is close to the negotiation process with the Canal + management.  The source also noted that management is not committed to an objective dialogue.

On the night of the 7th of February, the documentary was broadcast again by the channel.  It was previously reported that the Embassy of Ukraine in Paris had requested that the Board of Directors of the Canal + channel cancel the broadcast of the film.

French journalists working in Ukraine then expressed outrage in an open letter concerning the broadcasting of the propagandist film.

The US State Department declared that the Russian Federation allocates approximately 1.4 billion dollars every year for their propaganda system, which delivers the Kremlin’s opinions about world events in 30 different languages.