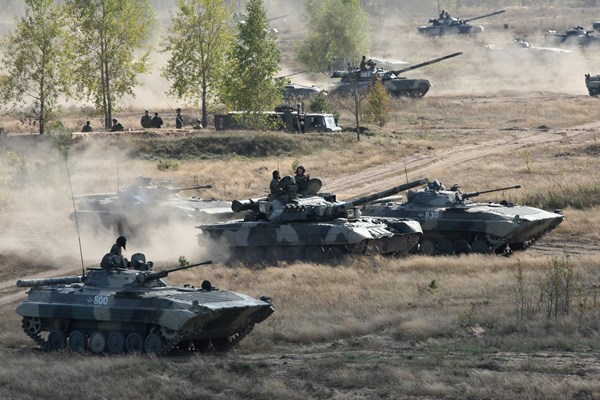 The sudden check of the troops’ combat readiness, which was held in the south of Russia and in the Crimea, was mainly intended for Western partners, and Kremlin wants to force Ukraine to settle the conflict in the Donbas on Russia’s terms, according to the deputy director on international issues at the Center for Army, Conversion and Disarmament Studies (CACDS), Mykhailo Samus, Krym.Realii reported.

“This is [meant to be] pressure on the West with an aim to force Ukraine via Western partners to solve the Donbas question following the Russian logic. That means including the Donbas in Ukraine on Russia’s terms and continuing to prohibit Ukraine from developing in the European direction,” the expert said.

Another program’s interviewee, Ukrainian political analyst Yevhen Magda, ruled out a large-scale war between Russia and Ukraine and said that the build-up of troops was meant to put psychological pressure on Western partners.

“All this is aimed at the Western observer, an export version, so to say. That is, Russia and Putin do not conceal this, a war with the West about the territory of Ukraine. It is not directed only against Ukraine; these signals are sent towards the West,” he said.

The sudden check of the combat readiness of the Russian Armed Forces took place from August 25 to August 31. Among the declared objectives of the exercise was an assessment of the army’s ability to quickly build up its combat readiness in the southwest direction. Recently, Russian combat readiness checks such as these have become more frequent.

On August 18, the President of Ukraine, Petro Poroshenko, said that he did not rule out a full-scale Russian invasion into Ukraine and warned of the possibility of introducing martial law in such a case.