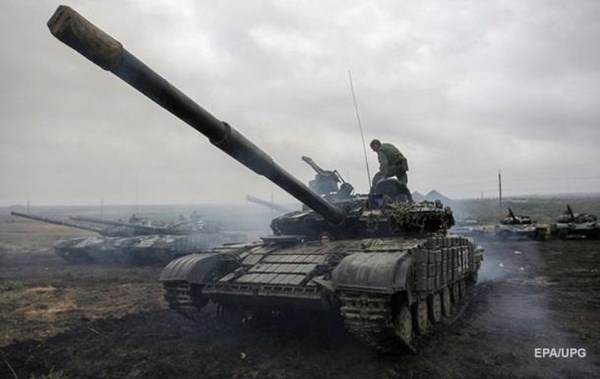 On the 9th of January, observers of the OSCE Special Monitoring Mission (SMM)to Ukraine recorded 32 tanks (T-72 and T-64) in the temporarily occupied territories which are under the control of the so-called Donetsk People’s Republic (DPR). The tanks were seen in Ternov, 57 km east of Donetsk, the report says.

The report notes that observers also found a T-64 tank the next day on the 10th of January in the territory that is controlled by the so-called Luhansk People’s Republic (LPR), in Uspensk, 23 km south-east of Luhansk. According to OSCE observers, the tank was placed on a military truck.

It was mentioned in the report that Russian-backed separatists refused to allow observers to collect the serial numbers of Grad vehicles, which were in a DPR military storage facility.

The conflict in eastern Ukraine has been on-going since the spring of 2014, when pro-Russian separatists began capturing administrative sites in cities throughout the Donbas. They now control part of the Donetsk and Luhansk regions.

From September to October 2015, it was calm in the Donbas, which gave hope to many that the fragile Minsk Agreements would hold. However, since November, Ukrainian authorities have reported ceasefire violations almost daily.