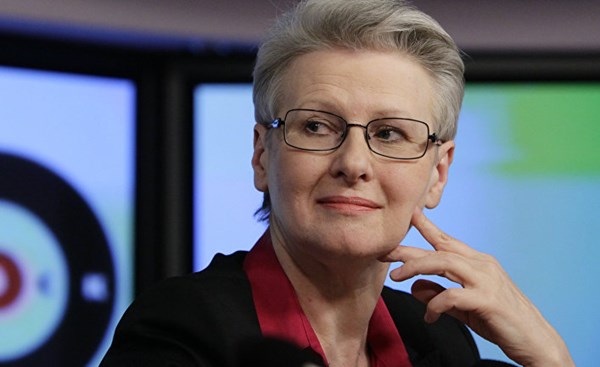 The new American president is “effectively putting TNT under foundation of the Russian system”, causing disappointment in the Kremlin circles, writes political scientist Lilia Shevtsova in her article published on Echo of Moscow web site, while commenting on the decision of US President Donald Trump to carry out a missile strike on the Syrian airbase, and to drop the ten-ton “mother of all bombs” on Afghanistan.

“Today he is threatening to strike North Korea if its leader decides to conduct new nuclear weapons tests. And tomorrow Trump will decide to restore order in the Donbas! Any kind of dirty tricks can be expected from him now,” Shevtsova warns.

She also stresses that the new American leader has not lived up to the Kremlin’s expectations, and has “ruined the Russian plan to save Assad, decided to support NATO and is starting a friendship with Beijing, ignoring the hand of friendship proffered by the Kremlin”.

This being the case, the chances of a breakthrough for the Kremlin are low, the expert believes. According to her, the Kremlin can “butt America and hold it by the tail, but Russia cannot resort to confrontation”. “The Kremlin understands this well. Then it would have to renounce a proven survival mechanism on account of using the West’s resources, the key to which is in America’s pocket,” Shevtsova is convinced. “It can’t even let itself pull America’s whiskers, as in the glorious times of Obama – this reckless Trump might even respond!” the political scientist resumes.

Interestingly enough, another political scientist Yulia Latynina previously expressed a similar idea. On April 8, in the author’s program on the “Echo of Moscow” radio station, she said that “Donald Trump has completely eradicated Vladimir Putin’s reputation as the first international hooligan who can do what he wants”. “This reputation was our primary trump card in foreign policy, and we have used it as a bargaining chip it in recent years,” Latynina stressed.