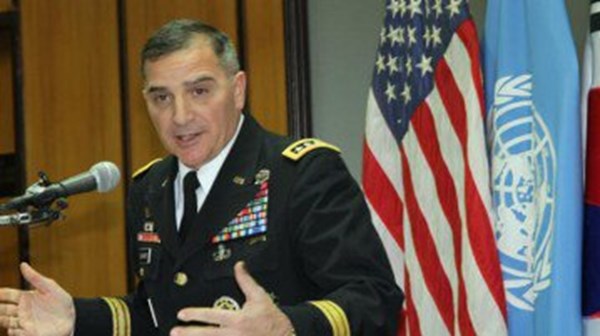 The U.S.A. must provide Ukraine with the weapons it needs, including Javelin anti tank missiles, as stated by General Curtis Scaparotti who may become chair of the European NATO and U.S.A. command after Philip Breedlove, Reuters reports.

Scaparotti emphasized that he agrees with other Generals that Russia poses the biggest threat for the U.S.A. and Washington should strongly defend their rights.

Speaking in the Senate, the General emphasized that he believes that the U.S.A. should provide Ukraine with the weapons it needs, including Javelin anti tank missiles, to protect themselves from the forces supported by Russia.

Scaparotti noted that Russia demonstrates "more aggressive behavior which poses a challenge to international regulations and violates international law." Responding to the question on U.S. forces in Europe, he said that the U.S. standing tank brigade will better meet the goal of deterring Russia than the current rotational presence.

"A standing brigade... establishes a relationship with supporting elements of all U.S. forces and also more regular relations... with all our allies," he said. It "makes it more important, provides more power for the establishment of interaction."

The United States started reducing its presence in the region several years ago due to the considerable reduction in defense spending, replacing permanent units with a rotational presence during exercises.

However, the Russian annexation of Ukrainian Crimea made the U.S.A. increase its presence again. In March, an announcement was made of plans to send a tank brigade in Europe containing about 4,500 soldiers.

In the spring, General Curtis Scaparotti will replace Philip Breedlove as the commander, who also repeatedly described Russia as the biggest threat to the Alliance.