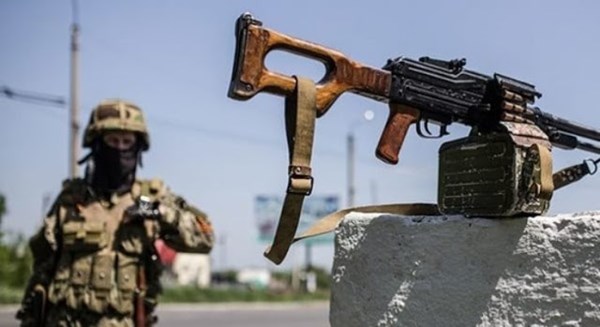 The Main Directorate of Intelligence of Ukraine reported that six Russian servicemen were killed and five others were injured on March 22-23 during attempts to attack the industrial area in Avdiivka. “The enemy continues to maintain tension in the direction of Donetsk. High intensity of shelling of ATO forces’ [Ukrainian army] positions, including use of grenade launchers, 82 and 100-mm mortars, remains in Avdiivka and Yasynuvata,” the report says.

In addition, the Intelligence noted that separatists implemented a rotation, strengthening the units of their tactical groups and replenished their ammunition. They have planted mines surrounding the Donetsk filtration facility and North-West outskirts of Yasynuvata.

“The further losses in the units of the 11th Separate Motorized Rifle Regiment (Makiivka) and 3rd Separate Motorized Rifle Brigade (Horlivka) that took part in combat clashes in the area of Avdiivka were recorded. On the March 22-23, six Russian servicemen were killed and five others were wounded,” Ukrainian Intelligence reported. Furthermore, the Directorate also reported that separatists have initiated hostilities near Dokuchaievsk and Novotroitske.

The Directorate has confirmed the information about an attempt of separatists to dislodge Ukrainian positions, which they seized earlier in the area of Novotroitske. “The enemy backed down to the initial positions after the combat clash,” the report says. The OSCE SMM also reported on the presence of tanks, MLRS (multiple launch rocket systems) and artillery systems with a caliber of above 100-mm in the areas of Yasynuvata, Horlivka, Donetsk, Debaltseve and Beloe.