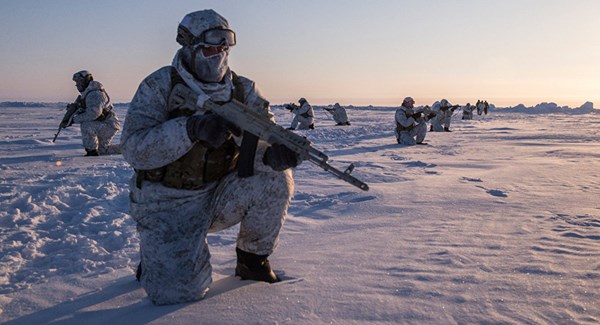 The Russian Defense Ministry has initiated large-scale maneuvers with its Strategic Nuclear Forces (RVSN) in the Arctic.

During the maneuvers, cruise and ballistic missiles will be launched. Airports for long-range, military transport and tactical aircraft will be used, as well as testing ranges of the military districts and North Fleet and naval testing areas in multiple seas, including the Barents, Baltic, Black, Okhotsk and Caspian Seas.

The goal of the drills is to practice “using the strategic forces under the threat of aggression”, said Major General Yevgeny Ilyin, acting head of the Russian Defense Ministry’s main directorate for international military cooperation, in a press conference for foreigners.

He remarked that the exercise is routine and purely defensive in nature, intended to train the troops to deter a potential adversary.

He added that “at the naval testing ranges in the Barents, Baltic, Black, Caspian and Okhotsk Seas, there will be practice launches of sea-based cruise missiles”.

Ilyin also remarked that Russia has no international obligation to disclose information about such exercises, and that doing so is a “voluntary gesture”. The press conference was attended by roughly 100 members of the military diplomatic corps of countries other than Russia.

The Russian Defense Ministry stated that the exercise will be held between October 15 and 17.