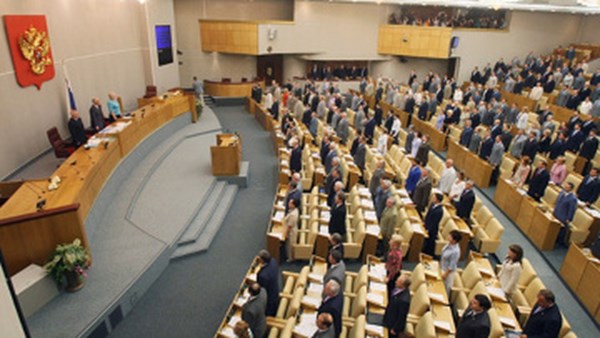 The State Duma Council has decided to create an inter-party commission on foreign interference in Russia’s internal affairs, the lower house of parliament announced. Vasily Piskarev, an MP from the United Russia party and head of the Committee for Security and Opposing Corruption, will head the new commission.

“We are seeing how on government channels a number of countries are voicing statements like ‘Rise up, Moscow!’, calls to action – all of this constitutes interference in Russia’s internal affairs. We cannot allow it. We have seen fit for the commission to start working immediately. We will do everything we can in order to safeguard our sovereignty,” said State Duma Chairperson VyacheslavVolodin, commenting on the decision to create the commission.

He noted that foreign journalists as well as diplomats who encouraged citizens to take part in the unsanctioned protests or helped to organize them will be invited to attend the committee session.

“This also applies to embassies that posted information and embassy staff who participated in the mass protests, sometimes directly in the organizing of these protests, and handed out brochures,” said Volodin. “Of course, no one will be able to get past these facts.”

The Duma Chairperson noted that the materials compiled by the commission, which will analyze the “facts of interference”, could be forwarded to the law enforcement agencies and used to draft amendments to legislation. They could also be sent to the foreign governments that “shamelessly flout” Russia’s sovereignty.

The first session of the new commission, which will comprise of 12 MPs, is slated for August 30. Andrey Isayev, First Deputy Leader of the United Russia party, said that the State Duma Council’s decision to create the commission will be ratified during the next session of parliament.

Russian Foreign Ministry spokesperson Maria Zakharova said that the staff of the US and German embassies in Moscow “are interfering in internal Russian affairs”. Andrey Klimov, chairperson of the Federation Council’s temporary committee to protect state sovereignty, said later that “foreign forces” using YouTube had incited Russian citizens who participated in the protests in Moscow on August 10 to break the law. According to the senator, information was distributed through the US embassy’s website, the Voice of America, and YouTube channels. He further remarked that “foreign opponents” had used computer technology to “effectively manipulate” protest participants.