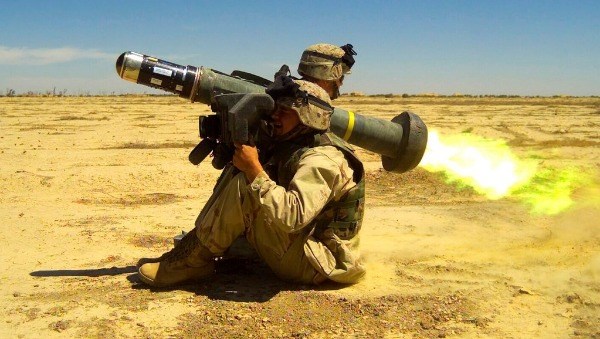 The first batch of missiles for Javelin anti-tank missile systems purchased by the Ukrainian Ministry of Defense under the Pentagon's "International Military Sales" program has arrived in Ukraine, announced the Ukrainian Embassy in the United States on Facebook.

"The contract for this purchase was concluded in December 2019. It was the result of a landmark reform in the Ukrainian Defense Ministry, which allowed direct purchases of weapons and military equipment from foreign states," the statement says.

The Embassy also expresses gratitude to the United States for the assistance that was delivered to Ukraine along with the purchased Javelin missiles.

As reported, the Office of Defense Cooperation of the U.S. Embassy in Ukraine received more than $60 million worth of equipment intended for Ukrainian Armed Forces, including radios and ammunition.

Last December, Ukraine signed a contract with the United States for the supply of Javelin anti-tank missile systems.

Prior to that, in October, the U.S. Congress gave preliminary consent to sell to Ukraine an additional batch of Javelin anti-tank missile systems for $39 million.

The first batch of Javelins arrived in Ukraine in the spring of 2018. Then-Ambassador Marie Yovanovitch said that these weapons were provided free of charge. In the fall of 2017, the American publication BuzzFeed, citing sources in the U.S. government, wrote that U.S. President Donald Trump does not want to give Ukraine weapons for free.

Shortly thereafter, the U.S. Special Representative for Ukraine Kurt Volker said that the program of military assistance to Ukraine provides both free and commercia deliveries of weapons. In the summer of 2019, the U.S. Embassy reported that Kyiv for the first time asked the U.S. to sell weapons to Ukraine.