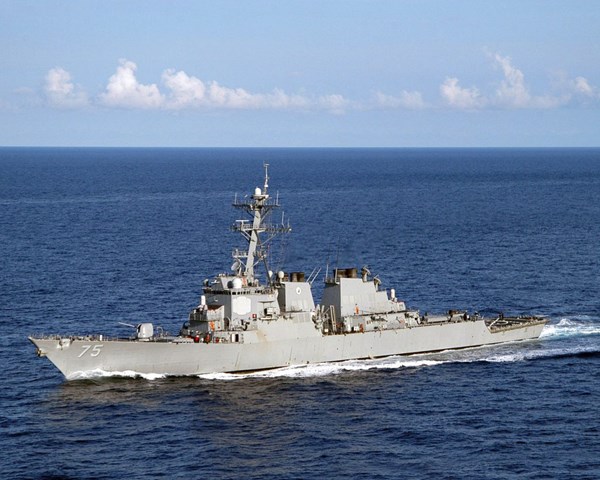 The USS Donald Cook (DDG-75) is heading for the Bosporus strait through the Dardanelles, and will enter the Black Sea within several hours, the US Sixth Fleet Command announced.

“The US and the US Navy continue to stand alongside our allies and partners in support of shared regional interests and maritime stability,” said Matthew J. Powell, commander of the destroyer. “Our arrival into the Black Sea will showcase the Navy’s interoperability in pursuit of common security objectives in this region.”

The US Navy noted that it routinely sends ships to the Black Sea in compliance with the Montreux Convention and international law. While in the Black Sea, the USS Donald Cook will take part in military exercises with NATO allies and partners.

Ukrainian Ambassador to the US Valeriy Chaly also announced that the ship would be traveling to the Black Sea.

“Good news: the Arleigh Burke-class missile destroyer of the US’s Atlantic Fleet USS Donald Cook (DDG-75) is passing through the Black Sea straits on the way to the Black Sea. Nice to have,” he wrote on Facebook.

The USS Donald Cook is a 4th generation destroyer armed with Tomahawk cruise missiles, which have a range of up to 2,500 km. The ship is also armed with artillery weapons, including a 127 mm Mark 45 gun.