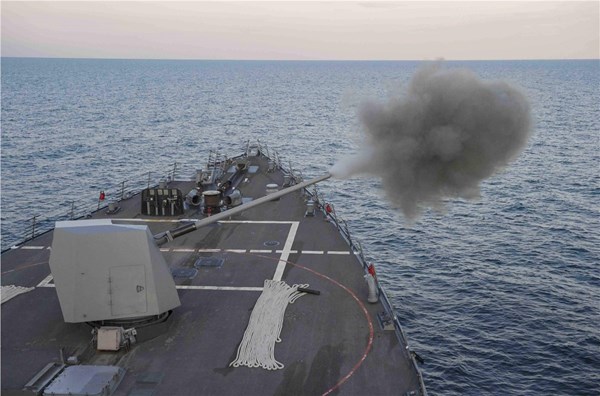 The US has managed to extend its artillery range to 50 km with its new Excalibur N5 shell. The shots were fired from an MK45 Mod. 4 ship-based artillery system, which has a basic range of 15-16 km. However, long distance shots are typically less accurate and lead to an overexpenditure of ammunition.

The new 127 mm shell was developed by Raytheon, and has been equipped with a special GPS navigation system, which enables it to be accurate despite the range boost to 48.1 km. Satisfactory results were reported during the most recent tests.

A Raytheon representative said that the MK45 Mod. 4 gun has obtained the ability to hit targets at a distance three times greater than the range of the AK-176MA, the most modern artillery system in the Russian Navy’s possession.

The latter system was based on the AK-176, which has been in use since 1979. The modified version can fire up to 15 km at a rate of 124 shots per minute. One of the primary differences from the American MK45 is the AK-176MA’s 76 mm caliber.