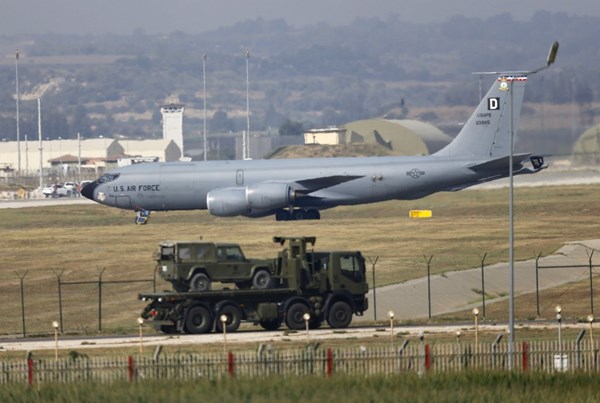 Ankara is questioning the presence of a coalition of forces, led by the United States, at the Incirlik Air Base in Turkey, as indicated by the Deputy Prime Minister of Turkey, Veysi Kaynak, Reuters reports.

The question of the use of the military base by the U.S.-led coalition and NATO forces is on the agenda of the Turkish government as Ankara is disappointed with the lack of support for its operations in Syria.

Turkey began operations in Syria in August in order to move the ISIL militants and Kurdish forces away from the border.

Ankara is unhappy with the lack of assistance from the U.S. around the Syrian town of al-Bab. It is known that the Americans support some Kurdish groups and do not assist Turkish troops in this conflict.

Two days ago, Washington promised "constant support" to Ankara around al-Bab after negotiations with the Turks. Earlier, Turkey admitted that the Incirlik Air Base may be opened for Russia’s use if Moscow makes such a request.

The Incirlik Air Base is used by the U.S. and the Turkish Air Forces and its activity is regulated by the Agreement on Military and Economic Cooperation between the two countries. Aircraft from a number of countries that are part of an international coalition led by the United States that are participating in the air campaign against ISIL are based here.