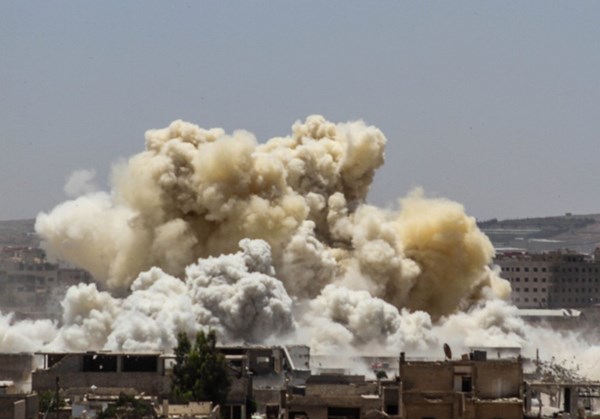 Russian Deputy Foreign Minister Sergei Ryabkov, commenting on the Bloomberg publication that if Syrian government troops would use chemical weapons, the United States is ready for a missile strike on Syria, warned Washington and their allies against "new reckless steps." The government official informed RIA Novosti.

Ryabkov remarked that in Moscow, "they hear Washington’s ultimatums, including public ones." However, the Deputy Head of the Russian Foreign Ministry assured that this "does not affect Moscow's determination to continue its work for the complete elimination of the terrorist centers in Syria and the return of country’s normal life."

Ryabakov is certain that the goals of the Western countries in the Syria are “to continuously rock Syria without any methods, and seek new pretexts to raise the question of changing power in Damascus."

"We are ready for such development and we will expose these plans," assured the Deputy Foreign Minister. He stressed that in his opinion, history, including the recent one, "seems to teach Americans nothing". "And now again we see a serious escalation of the situation," remarked Ryabkov.

“We caution Americans and their allies against new reckless steps," concluded the government official.

On August 25, Bloomberg published with reference to four sources the fact that the U.S. has data showing that the Syrian leader Bashar Assad "can again issue an order for the use of chemical weapons against the backdrop of the preparation of the Syrian army to capture one of the last areas that the terrorists are holding”. Bolton, according to the interlocutors of the agency, has already submitted this information to the Secretary of the Russian Security Council, Nikolai Patrushev, warning him that if Damascus uses chemical weapons, Washington is ready to inflict a new blow on Syria, which will be stronger than the previous ones.